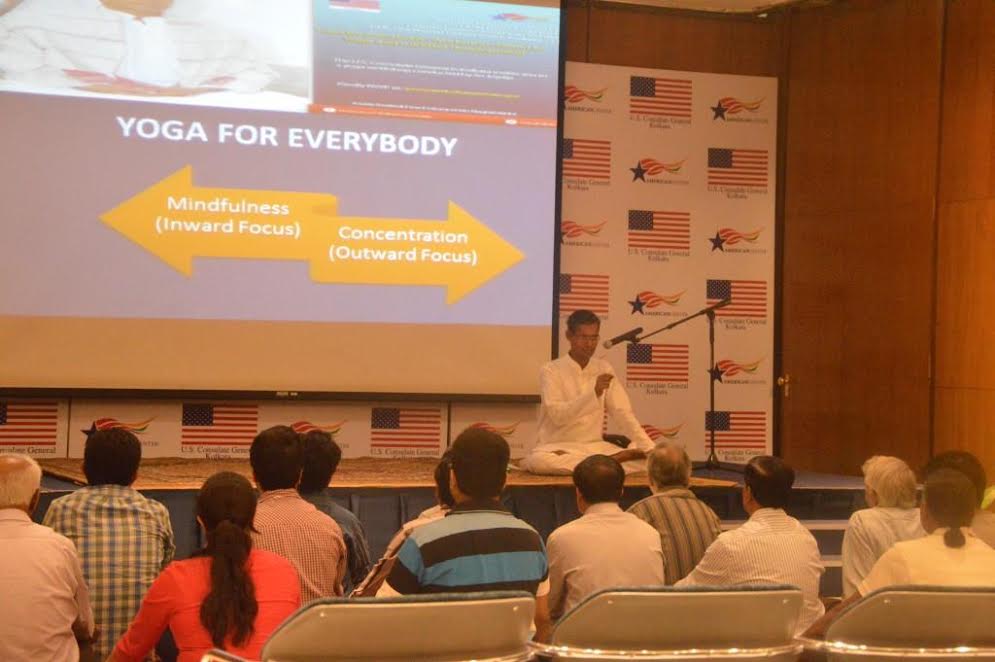 You will be guided to explore the spiritual side of Yoga and how it affects both students and teachers and transform their lives, which not only heals the body from diseases, but also helps you receive wellness, happiness, and well-being, by creating a completely new condition and consciousness in life. This is your chance to practice complete liberation from the bad tendencies of the mind which create disease, pain, and distress.

The maximum participants in the group is 16.

How to get there

This is an advanced course that will really sharpen your mind for a more detailed knowledge of yoga. Upon completion, you will be able to receive a certificate issued by Sri Joydip Ashram.

Please note that the schedule above is subject to change.

Gyan Yoga TTC uses modern and authentic yoga process which is based on  and whose textual reference and citation of Bhagvad Gita.

The Gyan Yoga training course is based on tradition of Gyan Yoga which leads one to self inquiry, and which further leads one to liberation, from bad tendencies of mind. In order to take a ride to the highest strung of the yoga, which is Gyan Yoga, which is one of the most scared traditions of Yoga, a fit body is required and thus, during the mornings, you will be practicing asanas, in Surya Yoga, which will help you feel fit and prepared for this course.

The asana practices and yoga therapy, within the schedule, should not be conceived as the kind of asana and therapy practices you are used to finding in an modern hatha yoga course. The practices are specific to a traditional Gyan Yoga course, where asana and therapy are meant to keep a fit body, and not completely devoted to asana and therapy. Once your teachers will find that your body is fit enough and that it can move into the higher levels of Arunachala Gyan Yoga lineage, and energy of that level can be transmitted, they will shift the sessions towards Gyan Yoga discourses on major vedantic and yoga text, such as Yoga Sutras, Yoga Vasistha, Yoga of Bhagvad Gita, which will take your development from the physical level to the psychological level and open you towards something higher.

Jnana (wisdom or knowledge) yoga requires great strength of will and intellect, and thus it is considered the most difficult of the four main paths of Yoga, which are hatha, karma, bhakti and Jyana.

In view of the above, once you book the course with Sri Joydip Ashram, the team offers you a preparatory program, with the aim of making the whole process less difficult and more enjoyable for you. However, you should be aware that the effects of the Jnana yoga, where the mind is used to inquire into its own nature and to transcend the mind’s identification with its thoughts and ego, are quite phenomenal and permanent, as it transforms the life and liberates one from bad tendencies of life.

Sri Joydip visualizes to give an experience of Traditional Gyan yoga which is a traditional form of yoga and existing in India for pre-historic times, leading to one of the most significant spiritual festivals – Guru Poornima

This is niether a leisure nor a luxury retreat, and here people will practice intense Gyan yoga and Girivalam yoga, and also work hard and do tapas (intense sadhana) but will get immense spiritual and material benefits and also enhance their yoga career as participants.

Last 15 years, Sri Joydip is teaching yoga to share some of divine gifts, he has received for using Yoga for health and Wellbeing, and transforming human beings into Divine Being. Sri Joydip loves writing on Yoga, and he has almost 6 Paperback/E-books on Yoga , numerous articles on blogs and also many videos, telling different aspects of Yoga. His unique Intellectual and creative contribution on the field of Modern Yoga , connecting it with modern research in Psychology , Neurosciences and Mindfulness for helping in different works of life lead to 8 Intellectual properties registered with copyright department of Government of India .

In 2014 and 2015, he was the secretary of the Organizing Committee, of World Yoga Festival 2014 in Burdwan, and World Yoga Festival 2015 in Tiruvannmalai , which is jointly organised by Sri Joydip Ashram and Eastern India Yoga and Spiritual Organisation Association, where he have many different yoga school participated, and exchange their thoughts and views on Yoga.

On 2015, he did 2 online courses from 2 International Universities in Australia (Monash University) and Russia ( University of Aberdeen) on Mindfulness , Peak Performance , Food and Nutrition along with Well being . This courses helped him to connect his knowledge on Yoga with mindfulness, Nutrition , Food habits and create programs like Wellness Program , Workplace Wellness Program which help many students to live well , become happy and have a general sense of Well being.

From 2013 onwards , he started regularly publishing  articles in Speaking Tree, and many other Yoga journals, across the world, on Yoga, which includes The Complete Herbal Guide Magazine , Cure Joy , Zenward and .BYR blogs..

In 2013, he also joined the ‘Yoga Teachers Training Workshop’ with Ramkrishna Mission Vivekandanda University, as a Yoga Filmmaker, in Assam and created two films on ‘Yoga as Medicine ‘ and ‘Yoga for Wellness’ on the application of Yoga on Medicine, and the application of Yoga on Human Wellness. ‘Yoga as Medicine’ was highly praised and selected for screening in Kolkata International Film Festival 2013.

In 2012 , he went into a deeper search and sadhana on Yoga for one year . That year , in the meditation with Sri Dakshinamurty (who is known as Adi yogi – the first yogi), in a temple in Tiruvannmalai , a system of Yoga is revealed to him , how we can connect with the energy of ‘inner sun’ with a group of mantras , pranayamas , Surya Kriya and Asanas . Surya yoga alongwith Surya Kriya and Surya Dhyana formed a part of system of Yoga , which is referred as “Wellness Yoga” and which helps on mindfulness and building awareness that could heal disease , create a sense of wellbeing and make people happy.                 .

He started teaching Surya Yoga from 2012 onwards, and he initiated many students across the world , on this system of yoga, both online and offline.

From 2010 , he restarted teaching yoga, more regularly on banner of Sri Joydip Ashram, mostly taking reference of Bhagvad Gita’s yoga and its application in Management and Maharishi Patanjali’s Yoga sutras.

At 2003 ,after a years of spiritual sadhana and study , and he started teaching Yoga and positive psychology both in Individual and Corporate level. At that time , he taught Yoga in Birla Corporation Limited in Birlapur and also in NSIC apart from teaching regularly to Individual students..

Yoga and Mindfulness a series based on Patanjali Yoga Sutras -2017

Spiritual and other Education   Related Degree’s

This yoga teacher training will be held in the historical town of Bardhaman which has a five thousands years of history and many important historical and spiritual places. It is known as the Royal Heritage City of West Bengal and City of Peace.